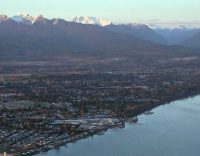 Call an Expert Exterminator in Maple Ridge and Pitt Meadows 604-239-5084 Maple Ridge is British Columbia’s fifth-oldest municipality. Ever since scenes of “Rambo” were filmed here in the ’70’s, the City of Maple Ridge has become a popular location for feature films and television series, so TV crews are often found working in the city. […]