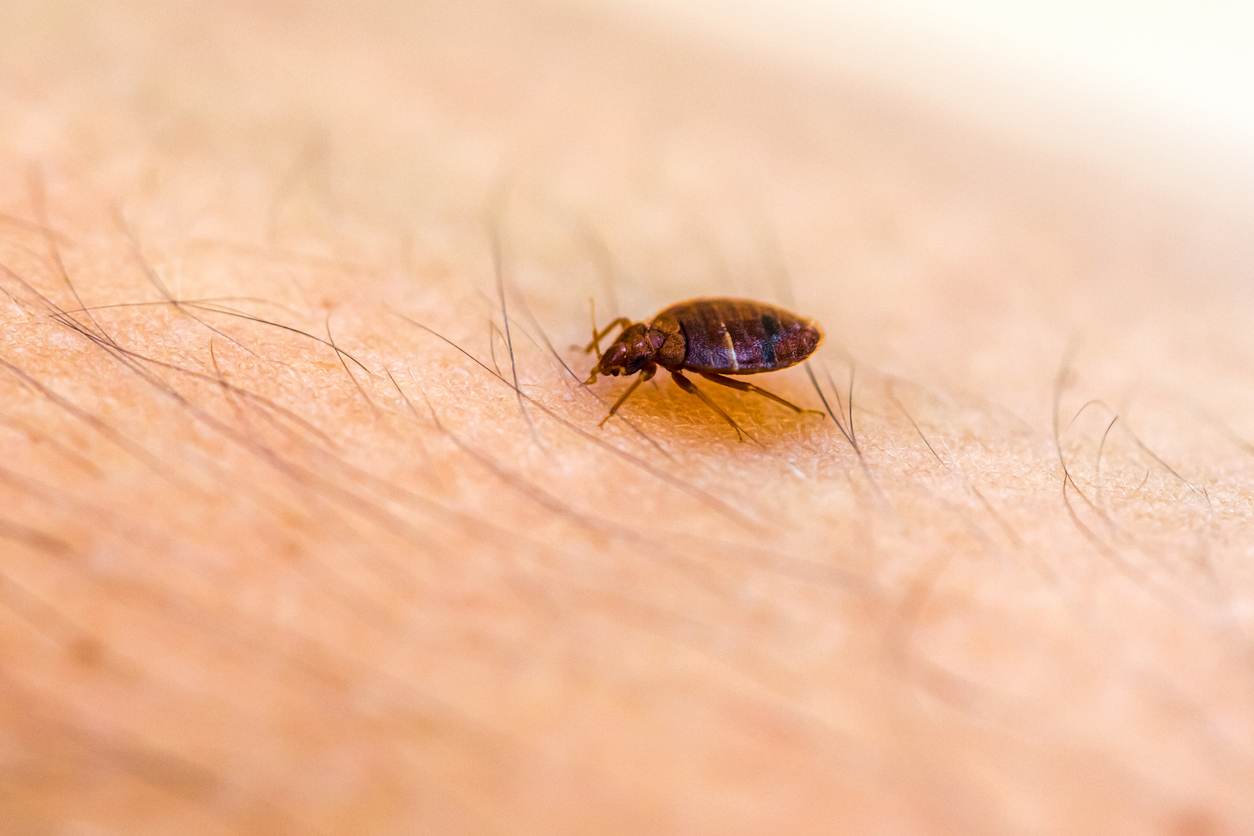 Once almost completely eradicated prior to World War II, bed bugs have resurged in the last decade. Increased global travel, resistance to traditional pesticides, and increasingly populated urban areas have been the perfect combination for these pesky insects to thrive. While the general population might know the name and want to steer clear of bed bugs, many people don’t know the facts surrounding them. In this blog, we’re going to debunk 5 common myths surrounding bed bugs. If and when you experience an infestation, it’s critical that you contact your trusted bed bugs exterminator right away to rid your home of these insects.

Despite their name, this is a myth. Instead, bed bugs can live on any indoor surface, including mattresses, bed frames, blankets, bedding, train seats, airplane seats, suitcases, and the list goes on. Because they’re indoor bugs, there is no such thing as a high or low season for them, making them all the more pesky.

Despite popular belief, this is also false. Anywhere people exist and they can feed is good enough for bed bugs. According to the Scientific American, the prevalence of the bugs in low-income housing is not a result of the insect’s preference, but of dense populations and the lack of money to pay for proper elimination strategies.

Therefore, upscale hotels and homeless shelters are equally prone to bed bugs as they are not discriminatory.

The way someone reacts to a bite varies, and includes itchiness, redness, tiredness, and even anxiety. However, there is no proof that bed bugs transmit diseases from one person to another.

False. While bed bugs prefer to take shelter during the day, this doesn’t mean they won’t feed when the sun is out. Instead, if they are hungry enough, they will venture out from their hiding spot. Keep in mind, though, that bed bugs are generally nocturnal, and they’re most active at night when their hosts are asleep.

Myth #5: You can rid your home of bed bugs with bug spray.

As we mentioned earlier, bed bugs have grown increasingly resistant to pesticides. This means the can of Raid under your sink won’t do the trick. Instead, it’s best to contact Dr Garry Mann pest control specialist. They can evaluate your residence or business and determine the best type of treatment for you.

For Guaranteed bed bug Extermination in Vancouver, Surrey, and all Lower Mainland, contact us today at (604) 805-0278, or fill out our online form. We have a 6-month guarantee and 100% success rate. We’ve been a BBB Lower mainland accredited company for over 16 years.